When I moved to a new house, I purchased a shed to house all my model railway stuff. Initially all sorts of junk got stored in there, until I could not even get in the door. After 5 years, some of the junk was removed, and it was used to house some computer servers, poorly cats, spare furniture, etc. Finally, enough room was made to set up Freshwater to work on it (still no room for a chair though).

So, nine years later and the original paintwork was starting to look tired, so I finally fulfilled my original plan. I found the BS381C shade numbers for BR(S) green and stone, as used for wooden station buildings, and found on Ebay a source for exterior paint mixed to any shade. This was duly applied and I think it looks good. The rest of the household were a bit alarmed at the shed turning bright orange though.

The surprisingly bright 50W LED floodlight is for dealing with the chicken enclosure opposite in the dark mornings and evenings, but the neighbours complained that it lit up their bedrooms when the local cats passed by, so I had to make up some form of baffle plate for it. After some thought, I made up a board to emulate the 'Next Train' boards used at stations. Some vinyl letters, also sourced on Ebay, completed the ensemble. The 'Private' sign on the door is my one, real, artifact that I obtained in my teenage years. Hopefully, I can now complete my model of Freshwater before the shed needs its next repaint. 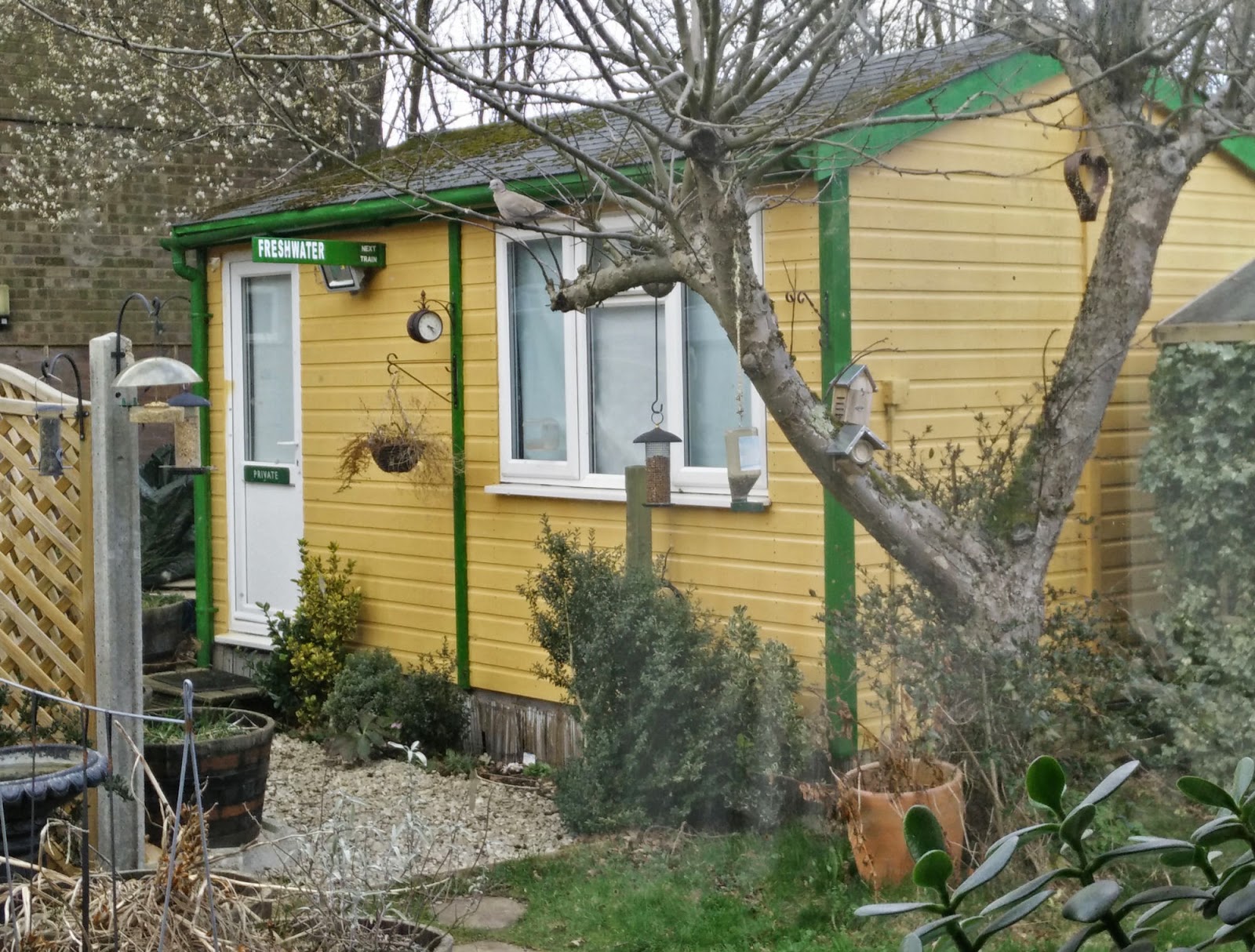