Freshwater gets a Station Building

The station building that fronted Freshwater Station from 1889 until it was demolished to make way for a Co-op supermarket, was the largest and grandest of the stations of the Freshwater, Yarmouth and Newport Railway. It comprised the two storey Station Master's house, with single storey booking hall, waiting rooms and conveniences, and was extended at some time to add a parcels office. It was red brick, with tiled roof rather than slates. The brickwork was quite ornate around the eaves and around the division of the two storeys, and an unusual brick bond was used - Flemish Garden Wall Bond. This is formed by 3 stretchers then one header rather than the one stretcher, one header pattern of normal Flemish Bond brickwork. The roof tiles as also not straightforward. There are 5 rows of rectangular tiles, then five rows with scalloped edges, and so forth. 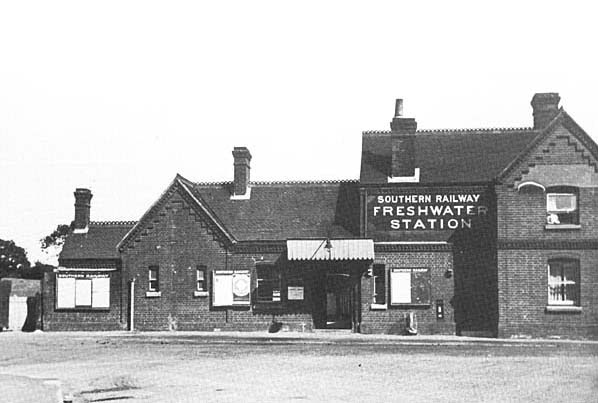 See http://www.disused-stations.org.uk/f/freshwater/ for more images of the real thing.

I did not fancy trying to fabricate such an ornate building from card or plastic-card, and as I had been playing with 3D printing, this seemed to be the obvious candidate for my next experiment. In the end, it took a year to complete the 3D model on the computer. Every brick and every tile is a separate 3D object, merged into an inner skeleton of walls. I duplicated rows and areas of bricks and tiles where I could, but it was still a slow and tedious process.

A few test prints of part of the building were purchased from Shapeways to check the proportions, and the details as it progressed. I knew the window frames and ridge tiles were beyond the current abilities of 3D printing, so I made the window apertures to suit some etched brass sash window frames available from Brassmasters, and made a groove at the top of the roofs that an etch from Scalelink fitted. The notice boards have been added from the Trackside Signs range, but apart from that, and a little paint, the building is exactly as it was delivered from Shapeways. The brick and tilework has been rendered crisply and clearly on three sides. The side that is not so good is, of course, the side that is facing the public on the layout. 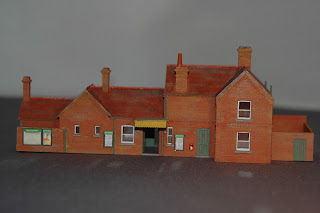 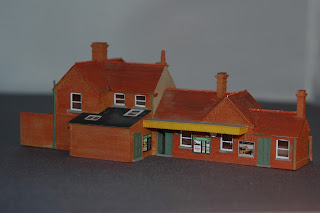 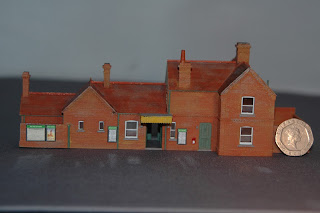 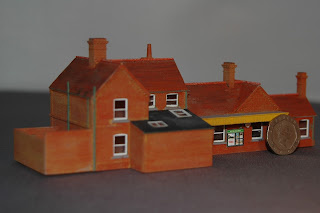 Looks good Ian - would you go down the Shapeways route again?

I have found Shapeways simple and straightforward to use. I have tried iMaterialise, but have not managed to upload anything that they will print. I might try other sites, but do not know of any yet.