Some buildings for Freshwater

At the Basingstoke show, the only building on the layout was a Ratio SR concrete PW hut. There are only four other major buildings required to complete the layout, but all will need to be scratch built. I started trying to create drawings for the station building, using a 3D drawing package, but the more I did, the more I thought about 3D printing the building instead of using plasticard and printed paper as I had orginally intended. The complex decorative brickwork would be really difficult to reproduce using the traditional building methods, but should be pretty simple for 3D printing. However, the station building is complex and quite large, and would be an expensive experiment if 3D printing was not up to it. I therefore turned my attention to a smaller building - a corrugated iron shed that stood in the goods yard, and is visible in the background of several photos I have collected.

Corrugated iron has always been a challenge for 2mm/ft scale. The best looking solution, aluminium foil corrugated between a pair of suitable rollers, is extremely delicate and easily flattened or distorted. Creating it in 3D is also not straightforward, but I thought I would give it a try. I found details on the Internet about the 'standard' size (or possibly the most standard of the sizes), and an image of a typical profile. The sheet width is pretty standard, but was available in various lengths up to 12 feet. I used the profile image to create a 3D object of a standard sized panel, corrugated on one side, and flat on the other, about 0.7mm thick, so that it would exceed the minimum wall thickness for 3D printing. I then built the shed model by cloning and resizing these panels as required. I varied the panel positions to accentuate the overlaps and joins of the original building, and added doors and eaves to suit. I knew that the window frames would be too small to print, but I found some Ratio etched brass window frames which were close enough in size and style, and I made window apertures in the model of the right size to fit these frames. For my first attempt, I had made an error in sizing the hut from the photos and created what would have been an enormous building. However, I was very pleased by the representation of the corrugated iron panels, so I had another go, and produced a much more modest sized building. Here it is painted up and just sitting on my test diorama. 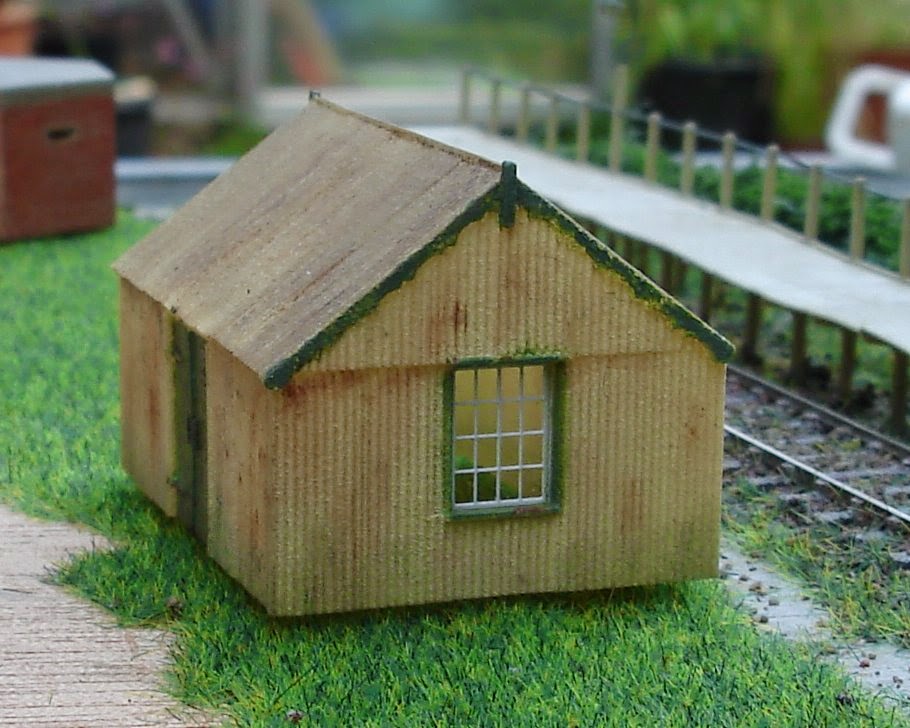 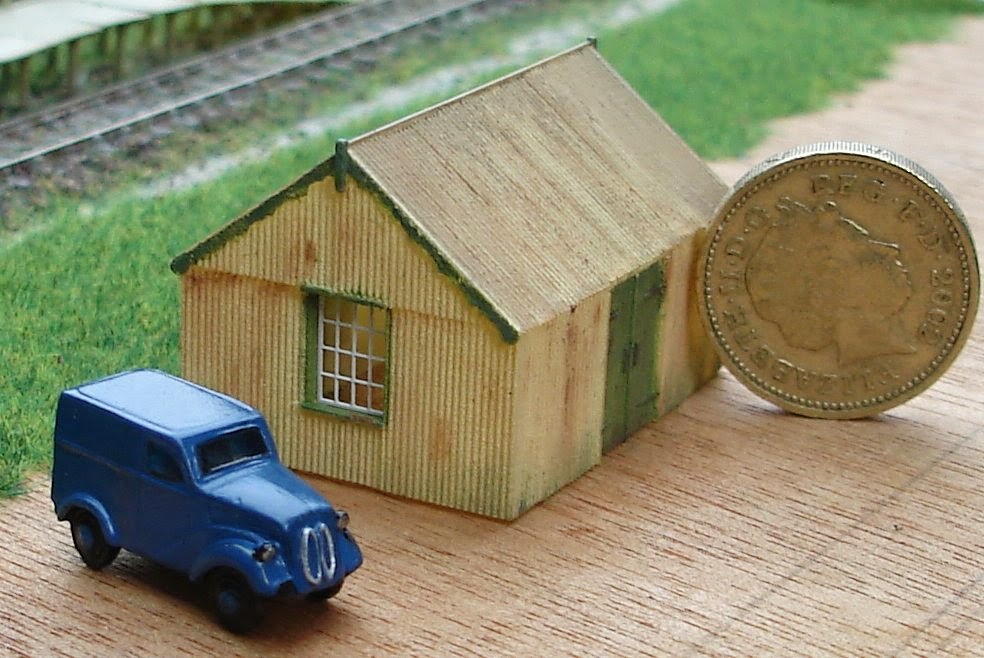 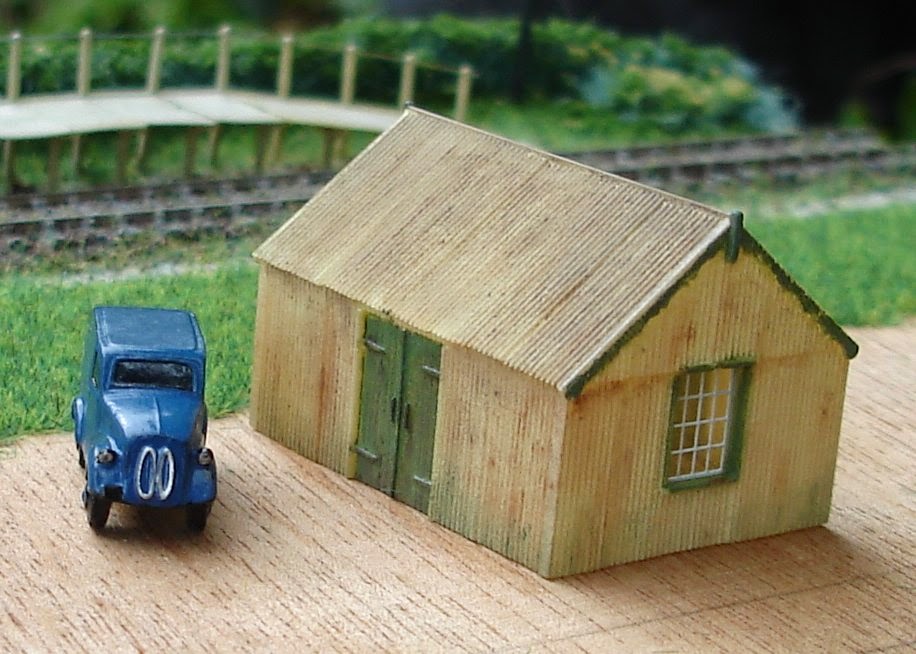 Whilst waiting for Shapeways to print my model, I stumbled across a model uploded by someone else, presumeably a wargamer, of a wartime pillbox. Now, there was a pillbox in the goods yard of Freshwater, and, in fact, it is the only railway building still standing in its original position, albeit now in the middle of a garden centre carpark. Strictly speaking, the pillbox should be located just off the front of the layout, but I thought I would buy a reprint of the model anyway. It turned out to be a really nice looking model, and painted up, the brickwork looks really good. This gives me confidence to press on with the station building. 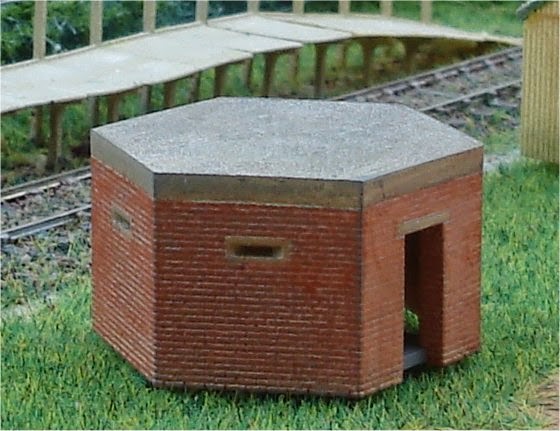